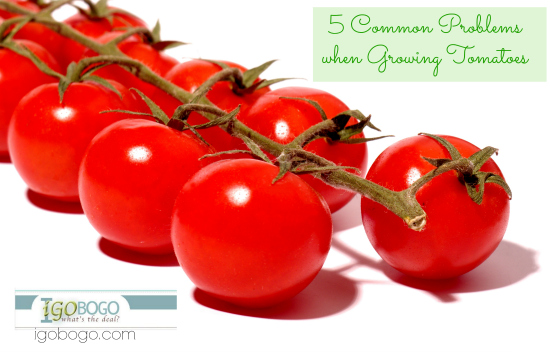 Growing tomatoes can be a bit stressful when you first start out. Certainly it is something that gets easier with time and that first year of growing them teaches you more than anything else. Learning what can go wrong is half the battle. With a bit of careful planning and some time spent in the garden, you’ll have enough healthy tomatoes to share and even brag about year after year. Here are several problems you can expect to encounter eventually while growing tomatoes:

As you can see, problems with growing tomatoes are not complicated. They are simple fixes that you have to learn. Wash your hands before you touch your plants. Use soapy water to prevent pests and take care of some other health problems and be sure to water your plants on a regular basis. These basics will keep the tomatoes coming as quickly as you can enjoy them.

Most Recent Posts on iGoBOGO